We are Toshima Annainin Komagome・Sugamo (TAKS).Twelve TAKS members participate under the name of Komagome English Guide Club (KEGC).
We started our activities in 2017. The main activities are as follows. 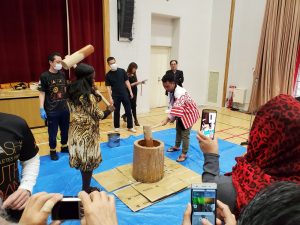 This picture is called “mochitsuki” and one of Japanese traditional ceremonies that take place around the new year.
Invited member are enjoying rice cake making.

OnNovember  16th, we showed the Sugamo Jizo shopping street to 10 people from six countries .
They came to Japan with JICA’s training program. 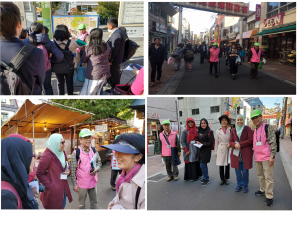 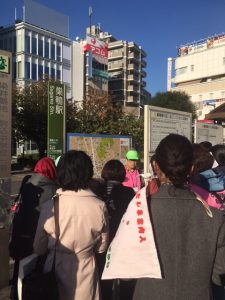 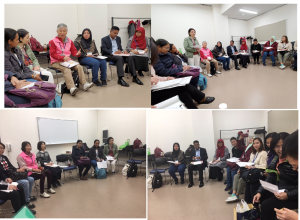 This time,we had an informal talk with them.
They seemed interested in Japanese senior citizens working lively
and volunteering.